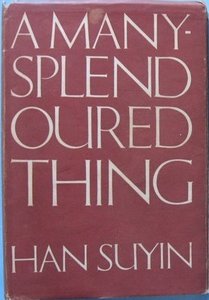 
Picked up two excellent finds during a high way pit stop at a gas station's discount bookstore. A reprint of Kaj Donner's Among the Samoyed in Siberia (earlier reviewed here) and the Finnish translation of Erika Fatland's more recent book about the post-Soviet Central Asian states. Norwegian social anthropologist and writer Erika Fatland has earlier written about the Beslan massacre in North Ossetia.

Her most recent book is titled Sovjetstan and recounts her two journeys to the old Sovjet republics of Central Asia: Turkmenistan, Kazakhstan, Tadjikistan, Kyrgyzstan and Uzbekistan. The book is written in classical travel literature style and succeeds in capturing the mood, ethnic tensions and day to day life in the different countries. There are not that many books about the Central Asian states (check Amazon if you don't believe me), so it's great to see a recent, well written travelogue. Fatland's writing, analysis and dry humor go beyond a superficial description and she draws on her background in anthropology and knowledge of Russia. Her style is reminiscent of one of the masters of the trade, Colin Thubron. The book seems to be available in several European languages, but apparently not yet in English. Hopefully this is corrected soon, because Fatland's writing should have universal appeal to arm chair travelers and geography buffs alike.